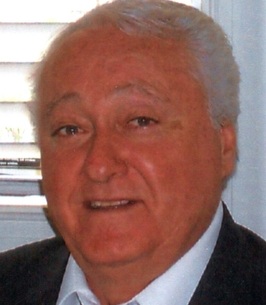 Born in Jessup he was the son of the late Peter and Dora Taramelli Petrini. A graduate of Jessup High School, he proudly served in the United States Army. Prior to retirement he was employed as a corrections officer at SCI Waymart, formerly Farview.

Affectionately known as “Papa,” he was an avid outdoorsman, and loved being in nature to hunt, fish, and boat. A die-hard Valley View Cougars fan, he never missed a football home game until his illness. He loved going to Fabri’s Capri Marina every Sunday where he would cook for everyone. He was a member of American Legion Post #327, Olyphant.

Bob’s family would like to extend a very special thank you to all of the nurses and staff of Allied Hospice for all of their kind and compassionate care.

He was preceded in death by brother-in-law Francis Bianconi.

The funeral will be conducted Thursday at 9:30 am from the Arthur A. Albini Funeral Home, 1003 Church St. Jessup, with Mass of Christian Burial at 10 a.m. in Queen of Angels Parish at St. Michael’s Church, First Avenue, Jessup. Interment with Military Honors will follow in St. John’s Cemetery, Jessup. Friends and family may pay their respects Wednesday from 5-7 pm in the funeral home. In lieu of flowers memorial contributions may be made to Allied Hospice 100 Abington Executive Park, Clarks Summit, PA 18411.

All rights reserved. This obituary is also archived at obittree.com